16-time WWE Champion John Cena may be one of the most hilarious wrestlers out there, as evidenced in his video with Wired as he answers the most commonly asked Google questions about himself in his usual witty fashion.

The WWE superstar is no stranger to the internet, having recently anonymously answered comments over various sites that wanted to know more about him. If that video interests you, you can watch that here.

That said, this series on Wired places the person(s) of interest on a seat as they hold a piece of cardboard paper with the Google search bar and a drop down menu of the most frequently searched terms on them. The last few words of each search result is covered by a white sticker that the person will remove one at a time and answer the question.

In the version Cena is in, there are a few cards specifically about himself and one card entirely about bulls. Cena was given this card as he is promoting the upcoming Ferdinand movie which he stars in.

This hilarious video will make your day, so be sure to check it out below. 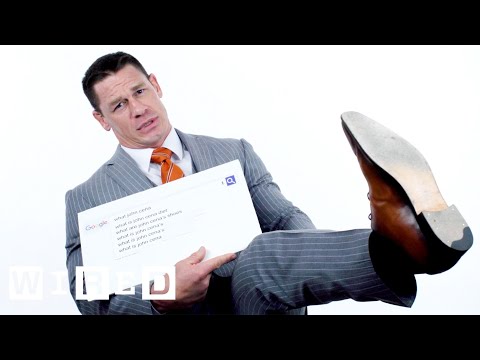 What did you think of the video? If you could ask Cena one question, what would it be and why?

Watch: Sheamus and Cesaro React to Their Final 'Best of 7 Series' Match